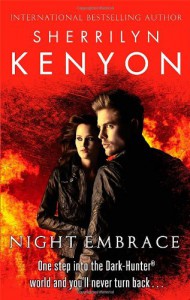 I started reading Sherrilyn Kenyon about 5 years ago but I never really got into her series and quit reading her after a while. But lately I've been wanting to give her another try and around that time, her dark hunter series box set went on sale for a really good price.

I reread some of the books I read from years ago and then I got to this one. You know the whole definition of stupidity of where you do the same thing over and over again expecting a different outcome. Well, that's me with this book because I kept on trying to read it over and over again hoping that I would like it but alas, I failed miserably.

Sherrilyn Kenyon, for me falls in the okay author category. Rarely will one of her books receive a rating above 3 stars from me but her books are decent enough reads. My major issue with her writing is her dialogue can get really cheesy with an extra side of cheese. So much so, that it pulls me out of the story and why she just doesn't rate that high with me.

This books was like mount Everest. Every page became a chore and finally I called it quits. Here's the thing, I have this big pet peeve about having knowledge the characters in the book don't have. I like being kept in the dark with the characters. It makes me cranky and sometime unfairly angry at the characters when they can't figure out what I already know since the author threw that big “hint” right in front of me early on. Since it pretty obvious that Sunshine is a reincarnation or soul of Talon's late wife early on, I was inpatient for them to figure it out.

While most people seem to really like Sunshine, I really just didn't. I mean good for her for being free with herself and not having problems with sex. And while being free with yourself is good, I don't think having sex with some injured guy you picked up that you know jack shit about is the brightest idea. I actually found Sunshine kind of a creeper. I mean she brought her mom with her to gawk at an unconscious naked guy and talk about how hot he is. This is not funny to me, I would be really disturbed if I woke up naked to have a bunch of strange guys around me talking about how hot I was. My fucking god though, I know everyone is forgetful once in a while but I was thinking she had an early form of Alzheimer. I just really didn't like her character at all.

Another issue, there was no plot but lots of sex(at least early on in the book). I like sex, but I like the slow burn kind. You know the whole build up of sexy banter and hot steamy stolen looks at each other.

Not just oh hot guy, jump his bones repeatedly and as soon as possible.

I also didn't really like Talon. Here's the thing, usually when I talk bad about the hero it's because he's a grade A douche bag. The ones you want to kick in the balls repeatedly(I know I'm a very violent person =P) That was not Talon's issue. He was fucking boring, I rather watch cement dry kind of boring. There is really nothing more to say about him...

I also hate the Artemis/Archeon relationship and was hoping it wasn't what I thought it was. Alas, it was. T-T Since I did skim read about the other characters cause I was definitely more interested in them. 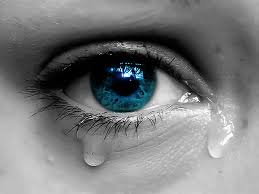 Anyways, I shall continue on reading the series especially since the next book was one of my faves years ago. I heart Zarek. Hopefully it's as good as I remember.